Budget Act of 2015 and Its Effects on Social Security Benefits 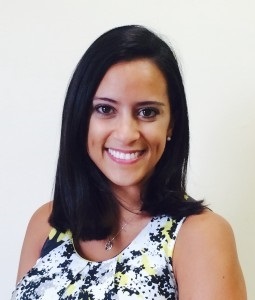 For several years now we have been talking about the fact that Social Security has been in dire need for a major overhaul. With expenditures increasing well passed the revenue coming into the trust fund, there were growing concerns for Social Security’s looming inability to meet its obligations to current and future recipients. Earlier this year the Social Security and Medicare Board of Trustee issued a message to the public urging lawmakers to address the matter before it was too late[1]. And so they did. Thankfully these changes came in the nick of time as to avoid a debt ceiling raise or another government shutdown. This bipartisan bill that originated in the House, was approved by the Senate and signed into law by the President on Tuesday November 3rd, 2015 should placate our fears about Social Security. So what does the bill entail and more importantly what are the implications as it relates to current, soon to be, and future social security benefits?

Let’s start with some background. Back in 2000 the Senior Citizens Freedom to Work Act was passed into law. The intent behind this law was to allow seniors to continue to work while still receiving social security benefits. Notably, it also gave those seniors who had already filed for their benefits at their full retirement age (FRA) the ability to suspend receiving those benefits if they didn’t need it just yet because they were working. If they chose to exercise this option, their delayed annual benefit would increase by a whopping 8% each year. As an unintended consequence, individuals-largely guided by their Financial Advisors- would claim their benefits at FRA and then immediately suspend those benefits. Never having had the intention to receive the benefits when they claimed, the idea was to have the monthly benefit increase just by waiting. This gave birth to what became known as the “File and Suspend” strategy (or loophole depending on how you want to look at it).

Another great feature that came from the Act was that if the senior decided to suspend his or her benefit, this would not have an impact on auxiliary benefits such as spousal benefits, ex-spousal benefits, and benefits for disabled children. Therefore, if the wage earner wanted to suspend benefits (to take advantage of delaying those benefits and as a result receive a substantially larger benefit at age 70), the spouse could still file what is called a “Restricted Application”. By filing this application the spouse could receive spousal benefits during the time that the wage earner suspended his or her own benefit[2]. Though these strategies were perfectly legal, there were severe and unintended consequences that ended up costing the Social Security Administration somewhere in the area of $9.5B each year[3]. This caused the concern that the trust fund would dry out and that is where the Bipartisan Budget Act of 2015 comes into play.

With the fund depleting so rampantly, it was only a matter of time before a reform to the program would occur. In fact, it is the reason why we gave many of our clients’ estimated social security benefits a hefty haircut when planning and making long range retirement projections. While we can be surprised by how fast this new law is being implemented, it was a change that was both necessary and expected.

So let’s dive into the changes. Although the bill covered various aspects not just targeted at social security, for this article we will concentrate on Section 831(a) and (b) of the bill that impacts the aforementioned social security claiming strategies.

First, Section 831(a) extends the “deeming” rule beyond FRA. It is important to note that the new law will apply to individuals who are age 62 or younger today or, to be more specific, anyone born on or after 01/01/1954. Under the old law, an individual who had obtained FRA and was eligible to take either a retirement benefit based on his or her own earnings history or a spousal benefit based on the earnings history of the spouse could chose to take either or. An individual could do this by filing a “Restricted Application” to claim only spousal benefits and later switch over to his or her own retirement benefit. The new law effectively means that if an individual collects spousal benefits, but is also eligible to receive retirement benefits, that person is required (deemed ) to claim all benefits that person is eligible for. Since Social Security only pays the highest of the benefits, an individual is essentially losing one of the benefits.

The second change to the social security claiming strategy is in Section 831(b) which targets the “File and Suspend” strategy that essentially allows a married couple to stretch their combined social security income throughout their retirement. The previous voluntary suspension strategy before the law changed allowed an individual to file and subsequently suspend those benefits is still available but with a caveat. As mentioned earlier, this strategy use to have no impact on auxiliary benefits. In other words an individual could suspend benefits without having to suspend the spouse’s spousal benefit. With the new law, if the individual suspends benefits, then all additional benefits based on that individual’s benefits are also suspended until the suspended benefit resumes.

Who does the new law affect?

The changes to the law have shocked many, but it isn’t the changes themselves so much as it is how swiftly the changes are being implemented.  The silver lining is that at least these changes are not being implemented retroactively as the original bill purposed, and to some extent the changes are giving some grace period to recent claimants and those who are planning to claim benefits 180 days following the bill’s passing. As a result of this 180 window, the new law has essentially created three sets of rules depending on one’s date of birth.

The first set of rules applies to those who have already reached their FRA or will reach their FRA within the 180 days (in other words those born on or before May 1st, 1950). Basically this set of rules means that a person has to have already or will claim either a Restricted Application or a File and Suspend application by April 30th of 2016 in order to be grandfathered in and therefore be able to use the old law.

The second set of rules applies to those who basically missed the April 30th, 2016 deadline due to their date of birth. That would be anyone who was born on or after May 1st, 1950 but before January 2nd, 1954. Stated differently this set of rules applies to those who will be 62 before the April 30th, 2016 deadline. For these folks they will no longer be able to take advantage of the File and Suspend strategy. So if the spouse suspends benefits, then all auxiliary benefits will also be suspend until benefits are no longer suspended (usually when the wage earners whose benefits are based on turns 70). Those that fall in this category can however take advantage of the Restricted Application. For example, if spouse A files and suspends benefits, Spouse B, if eligible by age, can still file a Restricted Application in order to claim spousal benefits while allowing Spouse B’s own suspended retirement benefit to earn delayed retirement credits until age 70. But remember, if Spouse A suspends benefits, Spouse B will not be able to claim spousal benefits based on Spouse A’s suspended benefits.

The final group that the new law has created is for everyone else who was born after January 2nd, 1954. This group will not have the File and Suspend Application or the Restricted Application claiming strategy available to them.

It is important to realize that because the changes to the law has created these distinct groups, it is possible that married couples will be affected differently. The issue impacts spouses that have a large enough disparity in age causing them to fall in different sets of rules.  This will only make it a bit more challenging to plan (because it wasn’t already complex).

Unfortunately, it is impossible to make necessary changes without negatively impacting someone. These strategies were costing the Social Security Administration several billion dollars a year. The fear that the trust fund would soon dry out demanded sweeping change. It was critical that lawmakers find a way to close these costly strategies by eliminating the dual entitlement and limiting the increases to benefits that grew much larger than what was originally intended especial for those who already had the largest benefits. While it may be tempting to be angry that we pay into the system today only to not have our benefits in the future, think of it a different way. The system was broken. Before the change took place the trust fund was going to go broke ensuring that we did in fact not get any reward in the future that we are currently paying for today. Instead, because of these changes, the benefits being paid are more sustainable and hopefully will continue to be so that we can have some benefits available to us in the future.

After having read this article, if you would like to determine under what set of rules you will fall under, check out this linkyour full retirement age.

Disclaimer: This article is intended as general information, not individually targeted personalized advice. Investors should assess for themselves whether the advice is appropriate to their individual investment objectives, financial situation and particular needs before making any investment decision on the basis of such general advice. Investors can make their own assessment of the advice or seek the assistance of a professional adviser.